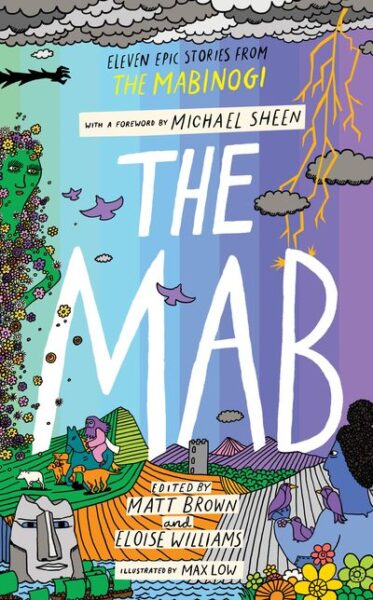 There are two important translations of The Mabinogion. Lady Charlotte Guest created translations starting in 1838, which were the main available versions of the stories until Gwyn Jones and Thomas Jones created their version in 1948. This tradition of retelling the stories has existed as long as the tales themselves, with the Arthurian legends likely have spun from the threads of the more war-lord persona found several times.

The Mab is a retelling that embraces some of the humour of the originals, packaged in accessible short stories presented in English and Welsh and beautifully illustrated by Max Low. There’s magic, adventures, and battles between knights, giants, and monsters. Hearts are won and lost and a few lessons are learned along the way. From the proudest and most egotistical king to the most humbly named knight and no matter how mystical the scapes, there’s a little kernel of wisdom to be found beneath the entertainment of the story.

Each tale is retold by a different author. Eloise Williams, Sophie Anderson, Rhian Ivory, PG Bell, Alex Wharton, Claire Fayers, Hanan Issa, Zillah Bethall, Darren Chetty, Nicola Davies, and Matt Brown all take a turn in the best spot of the campfire, and each does a superb job of evoking the mystical force of the ancient story with accessible writing and a dab of lightness.

The Mab is perfect material for young readers, but don’t be surprised if you find your old wrinkly selves being perfectly absorbed by these new versions of old stories.

The Mab is a collection of eleven epic Welsh stories from the Mabinogion, beautifully illustrated and retold for young people. These stories are really, really, really old. Really. In fact, there are some clever people who think that they might be the oldest, ever, written-down stories in the history of Britain, ever (you know, the sort of people who wear brown jumpers and stroke their chins and say things like “I think you’ll find that…”, or “I simply don’t agree…”, or “HELP! HELP! I’ve lost my trousers”).

But as well as being really, really old, the stories in the Mab are strange and funny and thrilling. They speak of a time when the gates between the Real World and the Otherworld were occasionally left open. And sometimes, just sometimes, it was possible to step through. Trust me, you’re going to love them. (Synopsis) 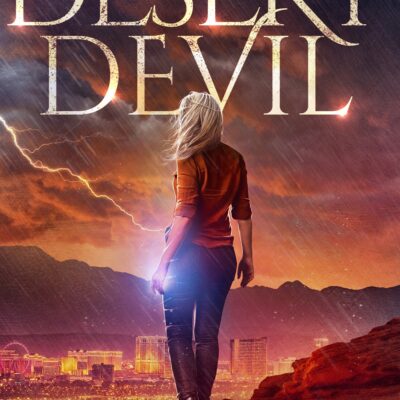 Lauren North - All the Wicked Games 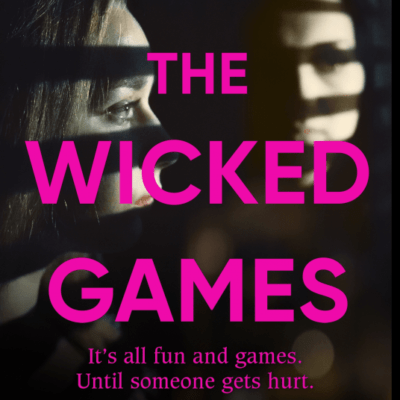