The Red Kites
Closer To The Bone EP

Arriving with some seriously bright retro packaging and a press release promising to give our declining music industry ‘a well-aimed, and timely, kick up the arse’, The Red Kites ‘Closer To The Bone’ follows hot on the heels of last years release, ‘Stay Young’.

Kicking off with a wall of jangly guitars, ‘All Time Low’ serves up some Oasis-like riffing but with a crisp and clear vocal which effortlessly cuts through the mix. The Oasis references are also evident in the lyrical hooks of the chorus however, the ‘less lethargy and more punch’ delivery manages to add a much cleaner feel than Gallagher junior could ever muster (even after a few months of heavy detox). A smart post-chorus instrumental section helps to break the intensity of the tune while some good vocal harmonies round of this up-tempo effort nicely.

‘Listen To Me’ sees the return of the wall of jangly guitars, but with an injected summery feel. The tempo remains much the same as the opener and only breaks for the bridge and the intelligent mid-song instrumental build to the melodic solo. While not quite as crafted as ‘All Time Low’ (but more formulaic in structure) this is still a solid effort which gets better with repeated plays.

With lyrical content such as ‘I don’t want to do this wrong, hurting you by holding on – shadows are no company’ and the chorus line of ‘I don’t want you, but I need you’ this sentiment of confusing emotions is delivered through the EPs laid back title track. The inclusion of the near obligatory string section coupled with some wistful acoustic guitar breaks give the instrumental side some real musical depth. However, with most of the tune in A major, what was probably intended as a moving lament about conflicting emotions in a difficult relationship ends up sounding as light as a quick Frenchie after a couple of Friday night lagers. That said, this fluffy feel is not actually detrimental to the song meaning it accessible to all dispositions, and not just to those going through one of those fashionable self-loathing, Bridget Jones style, wine and chocolate binges.

Not really wanting to repeat the Oasis references I’m happy to say that the final track, ‘Slipping Away’ sounds nothing like its familiar Mancunian penned older brother, ‘Slide Away’. However, as with all of the tracks on this EP, there is certainly a heavy Madchester influence only this time it’s a quick romp into Stone Roses’ territory. With riffing drawing from John Squire’s earlier efforts this is a happy, clappy, and just a little bit slappy (on the thighs that is) affair that makes your feet go dancing while planting a smile firmly across your face.

Together, these four tunes paint a picture of a band that is not afraid to do feel good Britpop with a big emotional smile. The fact that this is underpinned with some solid musicianship and choice selection of quality lyrical hooks means The Red Kites must feel pretty content in the knowledge that they are virtually guaranteed to go down rather well at any of this summer’s festivals.

The Blood Arm - Live at SXSW 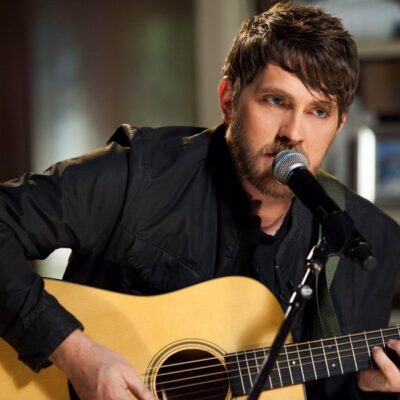