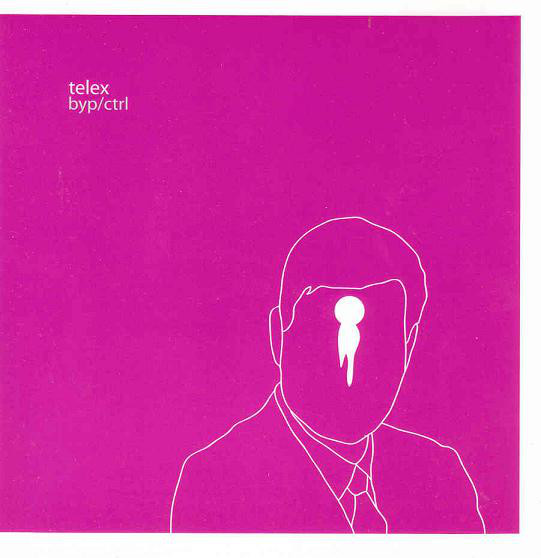 Of all the CD’s I have reviewed, Telex certainly lead the market with their wondrous assortment of ephemera, which accompanied this five track CD. I was immediately intrigued to find out what they sounded like…

Track one, ‘Motion Sickness’, begins with subtle strumming guitars and an almost etheral loop and gentle drums. Soon after, a ghostly voice appears from the gloom. Okay, so they’re this type of band… right. Whilst it certainly creates an image in your mind, you can’t help but think that you’ve heard it before. ‘Motion Sickness’ does kick into life a minute thirty in, but it sounds so contrary to what you’ve just heard that its just a bit strange. It sinks to a near standstill whilst some more muffled vocals strain over a monotonous beat.

I think that these guys are trying to be a little too clever. I’m not doubting the fact that they are undoubtedly talented, it’s just so clean and precise, it lacks passion and feels too automated. This continues with ‘Reverberation’, which creates some very nice sounds, but it’s just so staid and monotonal that it fails to invoke any kind of feeling in me at all. I think they are trying to be too perfect – there is obviously some talent here, but it’s all so un-inspiring.

So onto ‘System’ and after a Hammer House organ comes a very Radiohead-esque intro, ahhh, now I know why it sounds so familiar – gently lilting guitar over a loose drum loop and more hushed vocals. It picks up at exactly the same time as the first song and again I can’t help but think I’m listening to Radiohead.

After a cup of tea, I sit down to finish the review feeling that maybe its just me being negative and perhaps I’m missing something. So onto ‘Patches in the Sky’ and, hold on, isn’t this the same as what they played a minute ago? No, it is different, but why do I feel let-down? I know you can’t base musical preferences on whether people have lovely album cover postcards, but at the moment that’s the only good thing about of this CD.

Again, it picks up slightly at one minute thirty – these guys must have some kind of musical formula that they must stick to or the walls might come in. You can almost hear it – ‘One minute thirty lads, time to raise the tempo abit’.

‘Tropism’ is the final song on the CD and after hoping it would leave me with something memorable, it again delivers some soft, lilting melody that sounds too like its predecessors. However, it breaks its formula by a whole ten seconds. See of all the things I noticed, and guess what, the timing on their changes was the one that stuck out the most.

I couldn’t even describe this as mood music as the only mood it created was an aura of depression. My hamster is listening to this, and he’s an active kinda thing, right now the poor bastard is shoving his head into the sawdust as deep as it can go, just to escape the sound.

Move over, Nibbler, you’ve got room for a small one…. *sound of head plunging into sawdust*.

Written by Bradshaw on 19th December 2005