Dumbfounded seem, at least on the surface, to be a band influenced by two genres of music: pop punk and goth. That’s proper, old school, British goth… The Cure, The Smiths, et al. They make use of both styles well on this release but not necessarily as you would be expecting.

On several of the tracks on Bedtime Stories, including the opener ‘Avenue’, the band’s sound is characterised by dark moody passages interspersed with breezy pop/punk riffs and guitar hooks. Whilst Dumbfounded prove they can execute both of these in spades, this mixture is not where the band’s true strengths lie.

It’s the second track, ‘Tell Me Does It Show?’ that hints at what could make them special. The lilt of this song and, in particular, the lyrical content sound unashamedly British. The tune is uplifting without being cheesy and, put all together, it sounds like an honest and freely written song, being the main quality lacking in the opener.

At this point the thought of paying to see this band play these songs seemed a proposition worth considering but then the next track sealed the deal. The long-windedly titled ‘You’re The Reason Bad Things Happen Sometimes’ is truly brilliant! The vocals are distinctive and swirl around in your head through the verses however, the delivery then shifts in tempo leaving anyone with a soul tapping on their steering wheel. The dynamics in this arrangement extract the US churned pop punk cut-ins of the earlier numbers and replace them with alluring twists, allowing the riffs to blend seamlessly into the whole. The result is every part of this song works, even down to the tacky phased guitar sound used on some of the riffs ( think Stereophonics’ Dakota for sound) which doesn’t come across as forced as it often can.

The remaining two tracks ‘Living Daylights’ and ‘The Great Space Race’ are more theatrical punk affairs but do retain something of the character of the previous two tracks. The simple arrangements and British modern punk style mean comparisons with the likes of the Kaiser Chiefs are inevitable. However, there is more lyrical and musical depth here than is normally the case in such purely commercial offerings.

Given the right energy and luck, this band could go far. However, cutting loose from the restrictions of pop punk arrangements and resisting the temptation to delve further into the dark passages of goth could be governing factors for Dumbfounded, as embracing what does make them distinctive could well be their saving grace.

One Day Life - Friends in Name Only 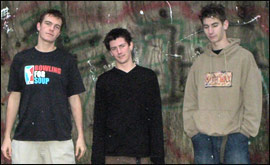 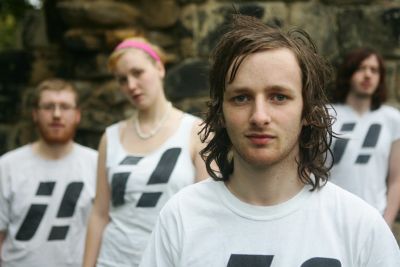