It is difficult to hear the word “museum” without feeling just a little bit sleepy. The drudgery of the school trip has ruined the image of art galleries, museums, and Shakespeare for many people. If you feel ready to discard those painful memories and hit the UKs museums, we will be helping you find some of the hidden gems.

Let’s start in the world of Zoology, with three very different zoological offerings from around the UK. But first, let’s address the elephant in the room (literally), and also the animals in the jar. When it comes to zoology, the traditional method was to grab a specimen and preserve it so it could be studied back home later on. Zoology museums are filled with animals in jars, skeletons, and skins. If you are squeamish about this stuff, there are other places to visit.

However, these places are a fascinating insight into how things were done and you’ll see things you just won’t find anywhere else. For example, a process was developed that would turn the body-tissue of a sample translucent, and the bones red, which helped naturalists learn about bone and muscle structures.

The Museum of Zoology in Cambridge is a fantastically modern building with a bright and spacious exhibition on two floors. This location has a serious wow-factor from the whale-skeleton in the lobby, to the myriad pale specimens in jars, to the host of skeletons on the lower floor.

The collection is jaw-dropping and is meticulously organised, drawing you in a spiral around the vast collection. There are experts scattered throughout who are able to answer most questions and who will draw in younger visitors with some practical tasks that will reveal some surprising facts.

The detailed finish of this museum is unrivalled, which is why it’s earned a place in our top 3.

The Grant Museum of Zoology, which is part of University College London, is a portal into the past, with classic cabinets encasing the exhibits in a space that oozes the academic atmosphere of a university. A library occupies the balcony above the hall, which is arranged in a circle of cases.

The uniformity of the preserved specimens that was such a feature of the Museum of Zoology in Cambridge is nowhere to be found. Instead, there are chaotic jars filled to the brim with tangles of examples. It just feels more Victorian, which makes this particular location so charming.

The central section of the museum is more hands-on, with interactive exhibits such as bird and butterfly migration tracking, or bone identification.

The atmosphere of The Grant Museum has won it a place in our top 3.

Competing against the polished magnificence of Cambridge, and the old-world charm of London; The Museum of Natural History in Oxford wins a place in our top 3 by virtue of its super-combination of stunning exhibits and phenomenal construction. Let’s start with the building. Every column that supports the balcony is made from a different stone in an abundance of colour. The great glass roof is cathedral-like in shape and proportion. The main exhibition space is immense and airy. Statues line the walls and gaze out across the collection.

The collection itself is also unique. A pair of bears guards the entrance, and a stampede of skeletons awaits beyond. The long rows of cases contains a wonderful variety of specimens and there is space to stand and enjoy them and, in a couple of well signed cases, touch them. If you’ve never felt a black bear, you’ll be surprised what it feels like.

So, to summarise our selection, Cambridge is a modern masterpiece that really lets you get close to a huge number of specimens, London will give you a hint of the atmosphere of the golden era of discovery, and Oxford will stun you with its combination of exhibits and architecture. 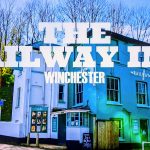 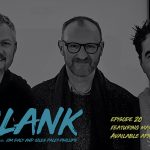 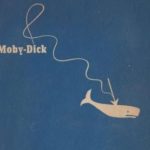