In a phenomena that has psychologists reaching for an explanation of “collective isolation”, Sea Shanties are in the spotlight right now. The Longest Johns, though, have been in this since 2015 and laid down the now famous ‘Wellerman’ on their 2018 Between Wind and Water LP.

Now, sea shanties have some specific facets that make them a special breed of folk song. They need a certain rhythm that is conducive to the work of running a ship. They need lyrics that a whole crew can pick and and remember. They need to foster a form of collective endeavour in often hard conditions. In terms of subject matter, it’s quite a lot of being far from home, drinking the rations, being battered by the elements, and a bit of harpooning whales.

The formula may sound simple, but you have to trawl the seabed for the really good examples, and The Longest Johns are one of the best. They manage to find the emotional spirit of the songs in a way many shanty bands miss and they have bass tones that are missing from so many attempts at this traditional style.

This album has twelve songs – all strong selections – with a mixture of a cappella and simple accompaniment. Alongside a number of arrangements that will be familiar to sea shanty fans old and new, there are some seriously plaintive songs like ‘Ashes’ or ‘The Banks of the Lee’ and more irreverent offerings like the modern shanty ‘The Last Bristolian Pirate’, the humorous ‘Moby Duck’, or the satirical yet light ‘Got No Beard’.

There is plenty of traditional draw here, but with a playful edge that only adds to the appeal. The Longest Johns transition between styles with ease and the overall flow of the record is superbly executed. The record starts with a couple of strong maritime folk offerings; ‘Hoist Up the Thing’, ‘Bonny Ship the Diamond’. After this we flow into the first a cappella track ‘Four Hours’, a solo and refrain shanty. ‘Fire and Flame’ follows with it’s building backing tones below the lead vocal.

This opening section introduces the key elements of the band before we move into a wonderful succession of different emotive pokes and feints. This band knows how to put songs together to create a complete work. The aforementioned ballads and lighter songs heave us onwards to the dramatic finale of ‘Here’s a Health to the Company’.

So, while the social scientists are busy analysing our musical choices, The Longest Johns have a great album for the rest of us to simply enjoy. Bask in the feeling of belonging that this genre has sparked in so many and stick on ‘Between Wind and Water’ to hear more from our top shanty band pick while your robot hoover scrubs the decks and your voice assistant eavesdrops your every word in search of invasive advertising opportunities. 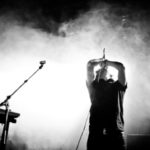 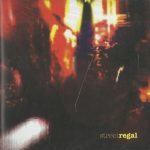 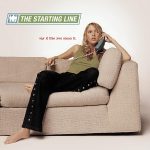 The Starting Line – Say it Like You Mean It LP