Not Advised
Listen Up

Hello?! I thought Not Advised were a bunch of kids barely old enough for a prefect-badge. Shouldn’t they be easily compared to all that American pop-punk stuff that you write before you’ve got yourself off to get a proper job that doesn’t involve a fluorescent bag full of newspapers?

Well ‘Listen Up’ dispels all former opinions with a wake up call that’s more effective than that piercing alarm-clock radio you forgot to turn off for the weekend, smashing straight in with a pace that means business. The verse contains some decent use of the stop-start principle before the chorus kicks in with a good melody, reinforced by some great backing vocals.

Picking up the baton, ‘Frontline’, has a more restrained verse than the previous track. However, the chorus is a bigger and better sing along anthem and the musical break is tighter than a fat man in a catsuit. A surprising solo takes the spotlight, confirming what, by this point, should be obvious – Not Advised have moved along a fair bit since ‘Unanswered Call’.

As if more evidence was required, ‘Guns at Midnight’ is out of the traps and mauling the plastic rabbit before you know what’s hit you. A rather important pause separates the urgency that exists in both the verse and the chorus and a nifty little riff pops up to enhance things along the way.

The theme of elongated and intricate musical sections is continued, transforming the track from a really good song in to a really good song with a great section in the middle. The song becomes the definition of EMO after the break and they even manage to pull off a heart achingly good key-change for the last chorus, forcing the suggestion of a tear from the eye of all but the most cynical of bastards.

This is without doubt the most surprising record of 2005.

PhonotonalMusicSingle Reviews Not Advised – Listen Up
Not Advised 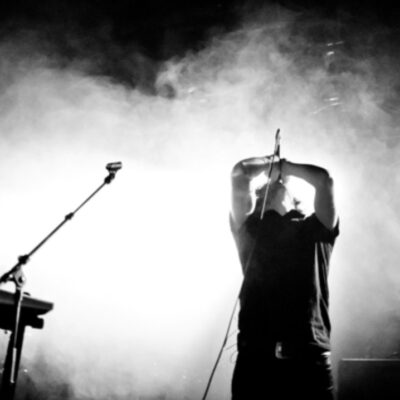