River are a pop-rock four piece with undeniably anthemic songs. This EP features four of them and it is actually rather brilliant.

Opening number, ‘One Beautiful Moment’, has instant appeal, with a very upbeat chorus, which contrasts with the dark rolling verses. The guitars are subtle, but extremely well played. After some tempo changes and a break that leads you in to a very quiet chorus you can predict that there is about to be an explosive key change, but it doesn’t stop you from enjoying it when it happens.

‘Don’t Live for Tomorrow’ is made from similar material. A rock verse followed by memorably dramatic chorus. The bass guitar in this track is slightly blocky, but this is solved about half way through each verse when the guitars kick back in.

The title track ‘Bring on the Clones’ has a slightly more upbeat feeling when compared to the first two songs. This is a song full of substance and you start to wonder how one band can produce so many great tracks.

The last offering on the EP, ‘Turns Me Inside Out’ is an emotional rock track and is perhaps the most downbeat on this recording. However, it still maintains the general theme with the assured vocals of Ali Loaker, steady drums, and quality guitars.

There are a few clichés on this record, but this is a pleasing cross between Therapy? and pop-rock that will compell you to listen to it again and again. It hasn’t worn off on us yet! 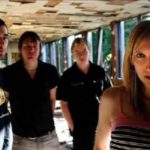 Dangerlust vs Hinterland – The Lust vs the Land 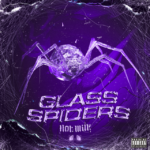