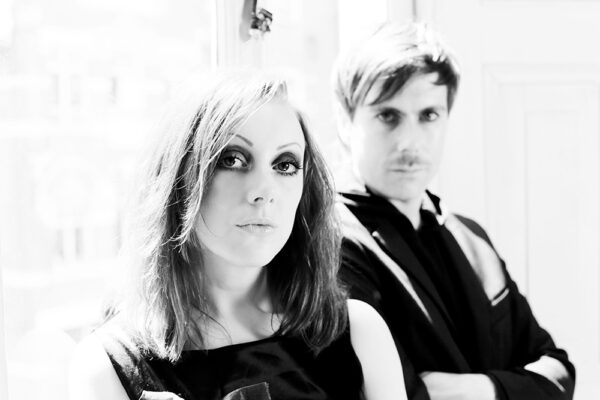 Hidden Agenda opened the mashup at The Joiners with material that sat firmly on the heavier side of EMO – with just the right mix of material and performance. The combo lineup of Drums, Guitar, Bass, and Vocals left plenty of room in the sound.

The lyrics sat within the songs in a similar way to A Perfect Circle’s material, with the melody and rhythm dictating the presentation of the words. The backing vocals weren’t overused and added a bit of strength to some of the chorus lines.

Hidden Agenda’s set was real class, but I can’t help but think there might be something they’re not telling us.

Faetal started their set with a strong offering of electronic new wave/goth that sounded quite a lot like ‘Burn’ by The Cure. Playing as a two-piece consisting of two guitars and a well-produced backing track, this was a promising start; a decent song and a performance that contained a large dose of confidence.

Unfortunately, the rest of the material also sounded quite like the first track, each great in isolation but becoming a little tedious towards the end of the set when the plethora of clichés became a little predictable.

Starting with recent MP3 album teaser, ‘Bitterness by Discipline’, Die So Fluid set an uncompromising standard for their stint on the stage. Some bands manage to make a venue seem larger by virtue of their performance, and DSF definitely had the quality to create just this type of feeling.

The Die So Fluid sound flirts with commercial ideas, such as hooky riffs and powerful vocals, but floats far enough away from the pop-rock/metal mainstream to spark a flicker of interest within even in the most cynical crowd.

Headlining on familiar territory, Scarlet Soho maintained the quality level set by Die So Fluid. Playing a completely different style to the previous rock/metal, SS were an electronic act that could easily be compared to Depeche Mode. However, that would be both too easy and a great injustice.

It may well be the case that the material in their set was similar to the Electro-Pop of the early eighties, but where acts such as Gary Numan and early Ultravox attempted to drain the emotion with a musical stoicism, Scarlet Soho seem to be injecting it back in.

Songs such as ‘Isolation’ were excellent, but the performance was the decisive factor. Two guitars, one bass, and lots of keyboards seem to be the order of the day, with an aloof Scarlet hitting keys and providing bass, Lee Kinrade swaying Stefan Oldsal style with guitar and keys, and Jim Knights pushing loads of energy off the stage with amazingly clear vocals.

Not all the songs were destined to stick in the brain, but the good songs were really good. Don’t be discouraged by all the references to Depeche Mode that seem to have accumulated in the press. There is more to Scarlet Soho than that comparison allows. 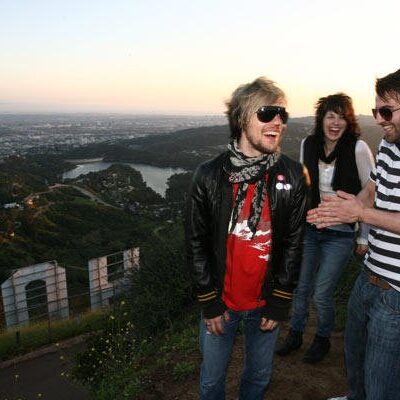