Travelling further than many for this year’s much-anticipated TMF festival, Southampton-based four-piece My Mantra wasted no time launching into a hectic, adrenaline-packed set. The 3pm, post-lunch slot is a tricky one, with the warm afternoon sun making the crowd drowsy and the grass looking as appealing as a four-poster bed. But with powerful drums and bass in the ilk of Metallica, My Mantra fought hard for the crowd’s attention.

The frantic opening riff of ‘Get Inside’ tore through the mid afternoon siesta, and revealed some deft bass work. Lead singer Duncan Whitfield’s vocals were strained at times and echoed the angsty, high-pitched edge coined by numerous American rock bands.

My Mantra aren’t shy to extol their admiration of the American music scene, and with clever tempo changes, they assure favourable comparisons to intelligent rockers Queens of the Stone Age. The music is well layered and refreshing sparing with the ubiquitous thrashing guitars: well crafted songs work hard for their crashing crescendos.

As the set gathers pace, Whitfield seems somewhat exasperated with the sluggish response. During the instrumental breaks in ‘Here upon my shoulders’ he swings his mike in menacing lasso fashion – not as close as he’d like to the prostrate crowd.

The toe tapping riffs of ‘Numb’, syncopated drums and dark, gritty bass, draw a few whoops from the fans at the front. But it’s My Mantra’s new song, ‘Hey Mister’, that gets my vote, with its tense, building guitar opening.

With every lull in the music comes the incessant pound of drums from the dance tent. Not to be outdone, My Mantra end the set with a defiant rendition of ‘Fail Me’ to a slowly awakening crowd unable to resist the heavy, frantic guitars any longer. 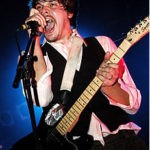 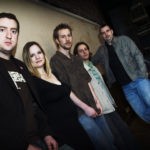 Dlugokecki – Let This Be Right Mini-LP