Los Skeletones have been peddling their own brand of three-piece funk ‘n’ roll for the past two years, turning heads in London clubs as well as a selection of The South’s venues and festivals. Released on Hackpen records next month, ‘Witchdokta’ wraps up these two years of experience in a ‘heady mix of influences reflecting the high wire, streetwise side of London life, as seen through the eyes of cut-throat razor carrying pimps…’ well, according to their press release that is.

Now, not knowing too many Gillette-wielding London-based crime lords myself, I couldn’t begin comment on the accuracy of this particular statement. Indeed, I would be slightly concerned that this particular piece self-incriminating PR might encourage one or two of our shiny nipple-helmeted chums to check out their next show on the promise of an easy collar. However, it is not mine to wonder why, it is simply mine to review and fortunately ‘Witchdokta’ comes close enough to that good album mark, I’m sure it will persuade the judge to given them a reduced sentence.

Starting, as every album should, with a tasteful S&M whipping session, ‘Pump Action Pimp’ is launched in true cinematic style, announcing the sort of dirt-laden funky bass line that will hang between your ears for a long time. Combined with the tight drumming, the bass is solid enough to allow the guitar to go off and do what it wants, which is something akin to a pre-Afterburner ZZ Top sound played with zeal. It all ends up quite unexpectedly when the bass and drums effortlessly slide into a swinging calypso rhythm leaving the guitar to wah away quite happily in the background.

From the first track you get the gist straight away. You’ll know what the rest of the album is all about: Light, tight, punchy drumming; melodic, rocking funk/blues guitar, and a growling, domineering retro bass. As for the vocals, well it almost seems unfair to criticise, seeing as Senor Al also has the bass duties. But, with demonic references a plenty, his voice manages to sound something like a possessed Anthony Kiedis with a throat infection which, despite the description, is actually no bad thing.

Along with the opening track the album’s highlights include ‘I’m Tha Funky Thang’ with its Hendrix inspired intro, top popping bass and arse wiggling melody. ‘Cowboy Blues’ with its delicate intro/outro contrasted with its hard driving, head-nodding verse. The in-your-face guitar-driven melody and US Marine style vocal delivery of ‘Work Detail’ and finally ‘Shoe Flys Up’, which could almost be an industrial funk, techno rapping, dance floor classic (if there is such a thing).

Clearly given the band’s penchant for 70’s gangster/gambler imagery, Los Skeletones are a band that needs to be seen as well as heard. Looking at the previous live reviews out there, this is where their strength lies. However, while it seems the intensity of their live performances is not entirely captured on CD, this is nevertheless a solid effort and will certainly raise an eyebrow with any funk loving Chilli Peppers, Fun Loving Criminals, or Hendrix fans.

In short, a demonic rocking funk odyssey of (nearly) the highest order! 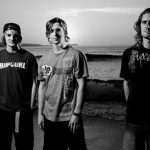 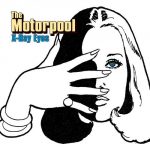 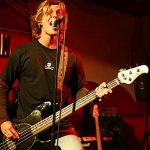