Voodoo Vegas, formerly known as Cold Earth, cite the likes of Aerosmith, AC/DC, Motley Crue, and Bon Jovi amongst their influences so the resultant rock and roll with sleazy undertones is no surprise.

The bandanas are flapping in the wind as the record kicks off with ‘Sweet Mary Jane’ with its retro riffs punchy rhythm section. The rasping vocal pumps out the melody and strains up to some high pitched ‘yeah’s’.

The dreaded cowbell makes an appearance in ‘Little Lisa’, but thankfully things don’t go too far down the ‘Alright Now’ path with a much more grinding rock afoot, led by a trashy riff and gritty vocal supplied by the unblushing Lawrence Case – who manages to pull of lyrics such as ‘You’re sixteen now you’re legal you know!’ without blinking an eye.

‘Good Girls Go Bad for Rock and Roll’ brings up the rear in the form of a riffy rocker with overt sexual references. This track also contains the most blistering solo on the CD, with Nick Brown tearing his fingers up on the fret board for our personal enjoyment.

If you have any sixteen year old daughters, don’t let them see this band live. 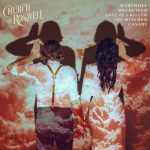 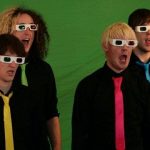