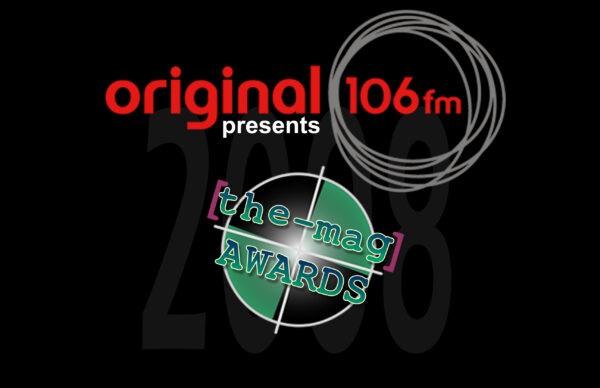 An awesome night of music took place Saturday night at The Talking Heads in Southampton and we announced the winners of The Mag Awards 2008. As we’ve covered over two-thousand bands and artists, all of the winners had a lot of work to do to get noticed by our readers. So, here is a transcript of the event along with the all important 2008 Awards winners…

We’ve got some great live performances coming up for you tonight from some great bands, but before we kick off the live music, we’ll be announcing the winners of The Mag Awards 2008. There are awards for Best Website, Best Solo-Artist, Best Record, Best Live Act, Writers Choice and Best Band.

For the Writers’ Choice award, The Mag Team selected their favourite acts from the past year and the shortlist was then given to our readers to vote for their favourite. In all of the other categories, there were no short-lists. Every band that The Mag covered in the preceding year was eligible and it was down to the readers to select the best music.

The Mag Awards isn’t a competition, it isn’t based on a judges decision, ticket sales or telephone voting. Anyone can vote for free and it’s down to the public to decide what music has connected with them over the past 12 months.

We will be announcing each award in turn. When we announce the winner, Richie Madisun will play a bit of music while they make they’re way to the stage to collect the award. They will have the opportunity to say a little something before we move onto the next award.

Unbeknownst to the bands playing at the awards show, we had booked up as many winners as we could get hold of. We wanted them to be playing at their own celebration party. The awards were presented by Xan Philips from Original 106 FM and writers from The Mag Team.

The winner of this award is a really deserving winner, not just because their website is visually appealing, but because regularly update the site with personal blogs, news, photos, and video content.

Offline, this band has been busy releasing records through their own independent label and earlier this year toured with My Ruin and Die So Fluid.

The winner of this award has toured the length and breadth of the country and is one of the hardest working solo acts in the UK. He’s pulled a Dave Grohl by escaping from behind the drum kit for The Madisuns.

The winner of this award have never tried to follow trends and have been playing their original style for several years. They have recently been picked up by a small record label and have released a critically acclaimed album, which has just been rated 8/10 by Rock Sound magazine.

The winners of the Best Record award are The Dawn Chorus for ‘The Town / City EP’.

The next award is for the Best Live Act. This award is fundamental to The Mag because live music is so important to unsigned and independent bands. A live show combines the magic of the songs themselves with the energy and emotion of the performance.

The winners of this award are no strangers to playing live, although you are as likely to find them playing on top of a mountain as in a music venue.

Even though The Mag Team selected the short list for this award, the winner was still decided by the readers.

The winners of this award are genuinely some of the nicest people you will ever meet and they’ve made three stunning albums. The winner of the Writers’ Choice award are Delays.

The final award tonight is for the best band. We’ve covered over two thousand bands on The Mag, so it’s no easy task to beat off the competition for this award.

The winners of this award are the easiest band in the world to photograph, but they also have loads of great songs. They managed to get a massive share of the readers’ vote. 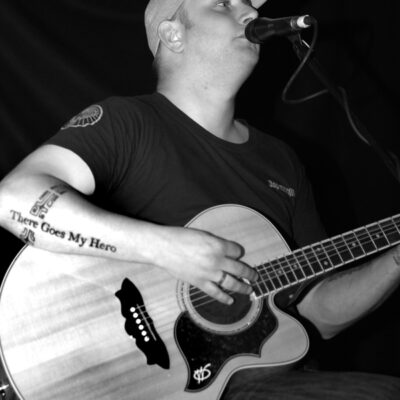 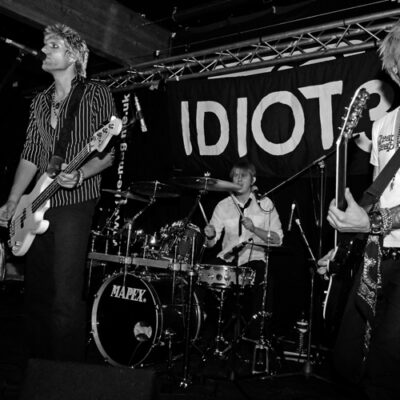